Sealed With A Secret

Sealed with a Secret appears to be available now from online retailers and is popping up at some bookstores already, so yay! 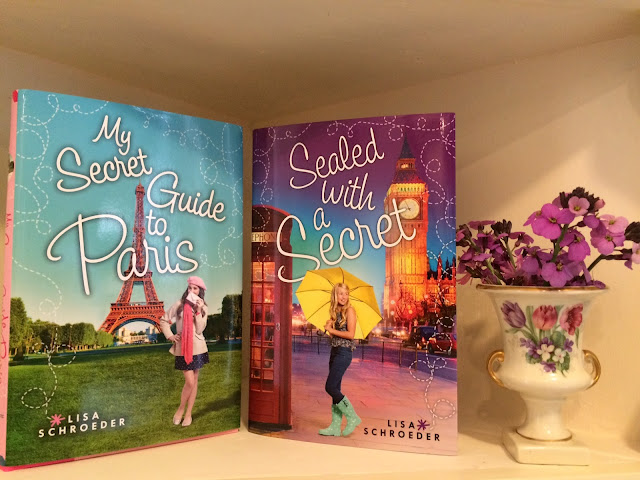 Here's the description from the publisher:

When Phoebe finds a beautiful antique at a flea market, she's not sure if it's as valuable as it looks. But inside she discovers something truly amazing -- a letter, written during World War II, from a young woman to her sister who's been evacuated from London. The letter includes a "spell" for bringing people closer together: a list of clues leading all through the city. Each stop along the way adds up to magic,

Phoebe is stunned. Not only has she found a priceless piece of history, but the letter is exactly what she needs -- she's also separated from her sister, though not by distance. Alice leaves for university soon, but in the meantime, she wants nothing to do with Phoebe. They used to be so close. Now that Phoebe has this magical list, maybe she can fix everything! That is, unless she accidentally makes everything worse instead...

From the author of My Secret Guide to Paris comes an unforgettable trip through London, with secret treasures around every corner!

Posted by Lisa Schroeder at 8:57 AM

Email ThisBlogThis!Share to TwitterShare to FacebookShare to Pinterest
Labels: 2016 MG novel, Sealed With a Secret