I love getting notes from readers. It is one of the best parts of being an author!

Just this weekend, I got a very sweet e-mail from a girl named Sarah, 15

"I just finished reading The Day Before and I absolutely loved it!! It was beautifully written and moved me to tears. Now I'm begging you to write a sequel. I desperately need to know how Amber and Cade's story turns out. Please continue writing your amazing stories." 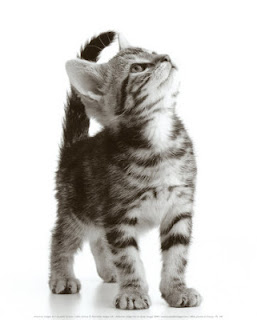 But this kind of e-mail, the one that asks for a sequel, is one of the hardest for me to respond to.

You see, I know what it's like to love a book so much, you don't want it to end. To fall in love with the characters and to want to continue living through their eyes. And as an author, one of the highest compliments you can pay me is to tell me you'd love another book featuring the same character(s). But then, I feel like I have to break your heart in my reply, and tell you that no, there is no sequel planned at this time.

Today, I thought I'd share with you why I haven't written any sequels to my YA novels that are out now, and talk about sequels a little bit in general.

Each one of my four YA novels that are out now were written with a clear beginning, middle and end in mind. Each one was meant to stand on its own. And if you were to compare the endings of the four books, I think you would see they all have one big thing in common.

They end in a place of hope. 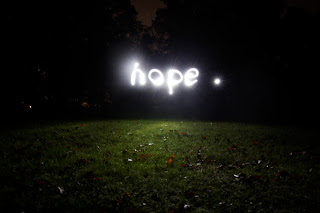 The character has made it through the hard stuff. She doesn't really know what lies ahead, but she feels much more hopeful about it than she did at the beginning.

When readers ask for a sequel, I *think*, like Sarah, they want to know what happens to the boy/girl relationships. In I HEART YOU, YOU HAUNT ME, does Lyric go out with Cali, or does he keep pursuing Ava, and if so, does she finally give in? In CHASING BROOKLYN, what happens with Nico and Brooklyn? Do they grow closer? Does she come to love him the way she loved Lucca? And in THE DAY BEFORE, do Amber and Cade meet up in six months, when she comes home from Texas? Do they fall in love?

Writing a sequel means coming up with a new plot, unless the author has written the story line so the arc is set up over two or, in the case of a trilogy, three books. But I wrote each of my YA novels as stand-alones. If I were to write a new book, with the same characters, I would need a new problem for those characters to overcome. Some kind of conflict.

Although you may think you might want to read 300 pages of Amber and Cade walking around the zoo, having fun, after being away from each other for 6 months, it would just not be very interesting if there weren't problems. How do the characters grow over the course of a story is an important one to ask when writing YA. In order to grow, you need to have obstacles to overcome.

In real life relationships, there usually is conflict. Couples get in fights. They break up. One wants to get back together but the other moves on. And I'm not quite sure that readers really want to see the characters having conflict like that. And to be honest, I'm not sure I want to write it.

I like to imagine Cade and Amber happily ever after. And the thing is, so can you!!

I would be remiss if I didn't mention the business side of publishing in this discussion as well. None of my books have been big sellers. I am very much a mid-list author. So, why should my publisher invest in a sequel for a book that hasn't sold all that well? For illustration purposes, let's say only 3,000 people bought the first book. Well, a year goes by, lots of those people forget about the book, so when the sequel comes out, there may only be 1,500 people getting the second one. It doesn't make much business sense to invest a lot of money in a book that won't appeal to many readers. Now, if we were talking 100,000 people who bought the first book, then yeah, the publisher could probably get behind a sequel. And I would probably be very motivated to write one, if a third of those people were writing to me, asking for one!!

But as it is now, I get that question maybe once every couple of weeks. And while I love my readers, and am so thankful for them, there just isn't a good enough reason to write any sequels at this point.

So... I encourage you to answer your own questions. What happens to Cade and Amber? Whatever it is you WANT for them can happen!!!
Posted by Lisa Schroeder at 11:28 AM

Email ThisBlogThis!Share to TwitterShare to FacebookShare to Pinterest
Labels: letters from readers, publishing, sequels, the day before