Want to be on my street team to help spread the word about FALLING FOR YOU, my next YA novel coming January 1, 2013? (cover is on the sidebar to the left)

If you aren't sure exactly what that means, it's easy. You hit the street (or hallway, which is probably a bit safer and more effective) and pass out the signed bookmarks I send you, telling friends about my upcoming book. 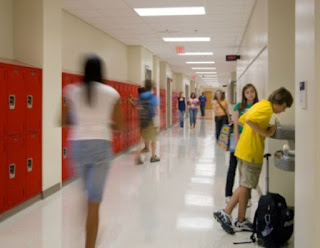 For your help, I'll send you some cool book swag to keep, and enter your name in some drawings I'll hold to win Advanced Review Copies of FALLING FOR YOU as well as some other upcoming books.

I'll be putting the call out on Thursday, November first at 7:00 p.m. ET/4:00 p.m. PT. So grab your Halloween candy and wait for the post to appear at http://lisaschroederbooks.com, and when it does, simply comment on the post with an e-mail address where I can contact you and I'll give you all the details. I'll be looking for 40 people to join the street team (US only, sorry)

See you next week!
Posted by Lisa Schroeder at 8:29 AM 7 comments:

The Intent to Win

I am a big fan of Michael Jordan. Did you ever watch him play? That guy never gave up. His team could be down 20 points with one minute left, and he went out there with the intent to win. 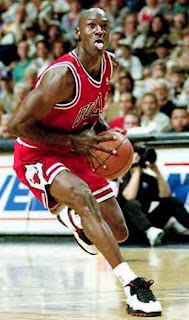 THE INTENT TO WIN.

Where are thoughts go, our energy flows.

That's why it was so fun watching him. He played to win. ALL the time.

When Michael Jordan was in the tenth grade, he was cut from the varsity basketball game. But this only pushed him to work harder at perfecting his game. As he later said on his Web site, "I think that not making the Varsity team drove me to really work at my game, and also taught me that if you set goals, and work hard to achieve them—the hard work can pay off."

Why do some people get up and work harder when they fall down, while others don't?

I think it's all about how you react to those obstacles. It's about your attitude and what you're visualizing for yourself. It's about knowing that you can get better if you try and you just have to get up each day and keep trying.

Do you intend to win, whatever "winning" means for you? Finishing a manuscript? Finding an agent? Having an editor say, "I love this book?"

This intention to win is most important, I think, when we're writing or revising. I believe that's why nanowrimo works so well for a lot of people. They go in with an intention to win - 50,000 words in 30 days. They have a goal, they have a timeframe, and they want to succeed really, really badly. They want that winner's certificate at the end of the month. I've never participated in nanowrimo because I try to have an intent to win with every manuscript I start and believe in. No matter how hard it gets, no matter how awful I fear the manuscript is at times, I wake up each day with a word count or page count goal and I work until I meet that goal.

I want to finish that manuscript! In other words, I want to win. But it's even more than that. It's never doubting that I *will* win.

Michael Jordan understood that when he went on the court, it didn't matter what had happened the past three quarters. What mattered is what he did in that moment, and his attitude about it.

So, why not play to win? See what happens!?
Posted by Lisa Schroeder at 7:40 AM 4 comments:

On Saturday, October 20th, I'll be in the great state of Texas for a really fun event! 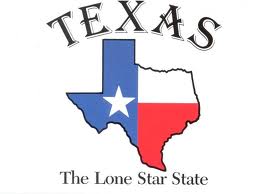 The day starts around 9:30, when you register and get seated. At 10:00, the authors will be introduced and there is a keynote talk by Heather Brewer.

After that, there are two chances to attend panel discussions and ask questions of your favorite authors, and the day closes with an hour of book signing.

All of the information can be found on the Tweens Read website HERE.

If you are in the area, I'd LOVE to see you! Come and say hi - and yes, while books will be sold at the event, it's okay to bring books from home to be signed as well!
Posted by Lisa Schroeder at 9:21 AM No comments:

Forget Me Not Ghost Tour

Welcome to STOP #5 of Carolee Dean’s
FORGET ME NOT GHOST TOUR! 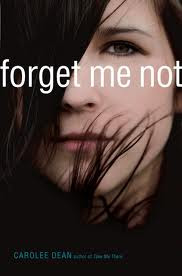 FORGET ME NOT is a paranormal verse novel about a young girl, Ally Cassell, who makes a rash and desperate decision after compromising photos are texted around the school. She finds herself on an abandoned hallway of Raven Valley High School, writing in her journal, trying to figure out what went wrong. She’s made a habit of writing letters to Ernest Hemingway. She has too many secrets to share with anyone else and she knows she can confide in him, since he’s dead. Besides, he wrote in a Moleskine notebook just like she does.

I read an Advanced Review Copy of this book and I really enjoyed it. There are lots of twists and turns to the plot and the last 1/3 of the book really took my breath away.

I highly recommend it to teens ages 14 and up, especially if you enjoy verse novels. Carolee is a brilliant writer.

Here’s an excerpt from Ally's journal followed by an interview with Ernest Hemingway.

I HAVE A MOLESKINE NOTEBOOK

I keep in the back
pocket of my jeans.

It’s just like the one
Hemingway used to write in,
before he blew out his brains.

It’s filled with poems
and letters to Ernest.

I started writing to him
in September,
when everything started
with Davis.
Ernest was dead,
so I knew
he could keep a secret.

Maybe if I tell him what happened,
he’ll help me figure out what to do.

I don’t even know where to start,
but I open the notebook anyway,
because I don’t have anywhere to go,
and I know, it’s gonna be
a long,
long day.

(from pg. 25 of FORGET ME NOT by Carolee Dean copyright 2012)
Contact the author (caroleedean@yahoo.com) for permission to reproduce

LISA: What do you think about the fact that Ally’s been writing to you, even though you’ve been dead since 1961.

ERNEST: I feel sorry for the poor kid. She needs to get a life. Writing to old dead guys like me isn’t healthy.

LISA: That seems a little harsh. She thinks you’re the only one she can confide in.

ERNEST: You noticed I never wrote her back.

LISA: I don’t think she expected you to.

LISA: You seem a little testy.

LISA: Are you referring to the poem that was on stop number one of the ghost tour?

ERNEST: Yes. I understand the basic idea. People who died in and around the school grounds gravitate to one of the nine circles based on how they met their end, but what about the rest of us?

LISA: Who are you talking about?

LISA: Are you saying there are dead poets and authors at Raven Valley High School?

ERNEST: I'm saying there are dead poets and authors at every high school.

ERNEST: In the library. If you want to talk to dead people, that's where I suggest you start. You don't need special powers or a near death experience to be able to hear us, just go open a book.

Well, you’ve heard it straight from Ernest. If you want to hear what dead poets and authors have to say, you know where to look.

By the way, if you’d like to win this hand painted journal to write your own thoughts and feelings, a copy of Forget Me Not or other unique prizes created especially for the Ghost Tour check out GHOST TOUR CENTRAL where you will also find links to other stops on the tour. Go to the bottom of that page to enter the contest.

And check out the amazing book trailer at
http://www.youtube.com/watch?v=XmRD2FoueqM
Posted by Lisa Schroeder at 4:00 AM 4 comments:

I was listening to a radio program the other night as I drove into downtown Portland to pick up my son, and the radio host talked about a survey that had been done asking people at the end of their lives about their regrets.

It reminded me of one of my favorite quotes:

"Shoot for the moon. Even if you miss, you'll land among the stars." ~ Les Brown

I know it can be scary putting yourself out there, and doing things where you might fail. On a twitter chat last night, one writer said she was afraid to put her heart and soul into writing a novel only to have it suck.

But see, you can't go into it afraid to fail, you have to go into it knowing you probably will fail, and that's okay. Because it's not like it's a one-shot thing. I told her, so you write another book and another one after that, and with each one you get better. And at least you've tried, so you know you did something about getting closer to that dream. If you don't try, won't you always wonder?

Another author pointed out that an Olympic gold-medalist gymnast didn't simply walk onto the balance beam and win, just like that. There are years and years of practices and competitions, and do you think she won every single one? No. Of course not.

I still write novels that don't get published. Yes, it's disappointing sometimes, but I also feel so blessed to be doing what I love and learning something new every day. You win some, you lose some, and you keep on going because you love the life you're living and the journey you're on.

Anyway, I googled to see if I could find something that talked about the survey more, and I found THIS ARTICLE, titled "The Top Five Regrets of the Dying" published in "The Guardian" back in January. So, click on over if you want to know a little bit more about what people said about regrets.

Wishing you the courage to live the life you want to live with no regrets!
Posted by Lisa Schroeder at 11:05 AM 6 comments:

One of my books coming to Brazil!

This is THE DAY BEFORE, brazilian style. When I plug the title into google translator, it comes up as HAPPENED YESTERDAY.

If you speak portuguese, you can read all about it here. I believe it says it will be released October 11th, so not long at all! 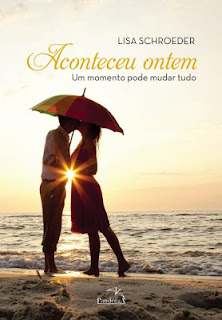 I'm so excited - I've had people from Brazil e-mailing me over the years, asking when my books might be published there. These things aren't up to the author, so I'm thrilled it's finally happening!
Posted by Lisa Schroeder at 1:41 PM 1 comment:

Email ThisBlogThis!Share to TwitterShare to FacebookShare to Pinterest
Labels: foreign editions of books, the day before
Newer Posts Older Posts Home
Subscribe to: Posts (Atom)
This is the official website of author Lisa Schroeder. You will find information on me, my books, school visits, upcoming appearances, and much more. If you are a teacher or librarian interested in scheduling a Skype visit with me, there is more information HERE. Thanks for stopping by!
If you have a question or comment, you can send an email to: lisaschroederbooks(at)gmail.com.