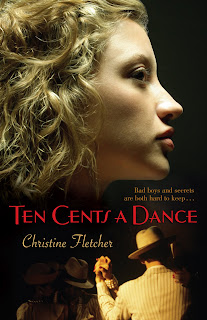 “Never grow a wishbone, daughter, where your backbone ought to be.” —Clementine Paddleford
For years, I’ve had that quote taped next to my computer. Sounds kind of anti-dreaming, doesn’t it? I mean, who was this Clementine Paddleford, anyway? Some prune-lipped old biddy shaking her finger at people who dared lift their eyes to the sky?

Actually, Clementine left her Kansas farmgirl life and moved to New York City to become a journalist. Specifically, a food journalist. Never mind that in the 1920s, food journalists—male or female—hardly existed. Food writing was Clementine’s passion—so much so, she earned her pilot’s license and flew herself around the country to experience regional cuisine first-hand. In her career, she traveled over 800,000 miles…more than three times the distance between the earth and the moon. She became one of the best-known writers in America, at a time when women weren’t supposed to dream any bigger than the four walls of their own houses.
Clementine knew about dreaming big. But she also knew that dreaming wasn’t enough. In order to make her dream happen, she knew she’d have to do.
That’s where the backbone comes in. For most of us, as soon as we start figuring out what it’ll take to achieve our dreams, fear begins whispering in our ears:
What if I fail?

What if people think I’m a fool?

If the thought of pursuing your dream scares you, then you’re dreaming big. You’re dreaming about something that matters. When I was deciding whether or not to pursue my writing dream, I thought a lot about What if I fail? But another fear haunted me even more: What if I never try?
That fear got me to find my backbone. To do. The first step wasn’t a big one: I signed up for one little writing course. That’s it.

But then I signed up again. And again. Six times in two years, the same course. (What can I say? I’m a slow learner.) I moved on to workshops. Critique groups. I began submitting stories to magazines and raking in rejections. Fail. Keep trying. Twelve years after that first little writing class, my novel Tallulah Falls was published.

Since then, I’ve published a second novel, Ten Cents a Dance, and I’m writing a third. These days my dream is to write even better. To find more readers to tell my stories to. Big dream. Same fears. What if I’m not good enough? What if I fail?

But: What if I don’t try? And I dig deep and find my backbone.

Dream big. Big enough to get scared. Then do. Take a step. A small step, a baby step. One after another, and pretty soon—like Clementine Paddleford—you’ll be on your way. Flying, and nothing in the world can stop you.
~*~
Christine Fletcher is the author of two critically acclaimed young adult novels. Her first, Tallulah Falls, was named a Book for the Teen Age by the New York Public Library. Her second, Ten Cents a Dance, was named a Top Ten Best Book for Young Adults by the American Library Association, a Jefferson Cup Honor Book by the Virginia Library Association, was awarded a Blue Ribbon by the Bulletin of the Center for Children’s Books, and was a Cybils Award finalist. In addition to being a writer, Christine is also a veterinarian. She lives in Portland, Oregon, with her boyfriend of many years and an assortment of rescued animals. She is currently working on her third novel. To find out more about her or her books, please visit www.christinefletcherbooks.com.
Posted by Lisa Schroeder at 6:00 AM