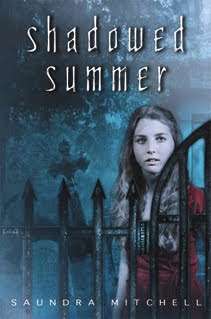 Sometimes the best way to dream big is to dream small. Growing up poor, in a neighborhood where few people read, I never dreamed of writing a novel. That would have been impossible, too big to even imagine, let alone dream. But I could see myself reading every book in the 000-100s at the library, and that's what I set out to do.

Once I had, I decided to read every book written by a given author. Tamora Pierce, Lois Duncan, Zilpha Keatly Snyder... When I discovered Stephen King, I discovered anthologies.

Short stories, oh wow, not only were they amazing, they were... possible. No way could I do an anthology, but maybe a single story? I wrote one, and then another- and then I couldn't stop.

I discovered that a short story leads to a novella leads to a novel, and now I can't imagine being anything but a writer. But when I was 10, all I wanted to do was read every book in the 000 to the 100s at my local library- and that small dream was big enough to grow.

Sometimes, that's all you need.

~*~
A screenwriter and author, Saundra Mitchell penned the screenplays for the Fresh Films and Girls in the Director's Chair short film series. Her short story "Ready to Wear" was nominated for a Pushcart Prize, and her first feature film, Revenge Ends, debuted on the festival circuit in 2008.Shadowed Summer is her debut novel. In her free time, she enjoys ghost hunting, papermaking, and spending time with her husband and her two children. She lives in Indianapolis and welcomes you to visit her on the Web at www.shadowedsummer.com.
Posted by Lisa Schroeder at 6:00 AM