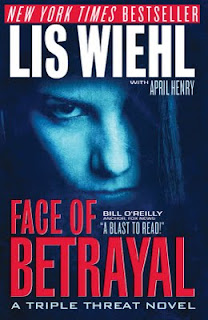 Timeline of a Dream

In 1991, I had a finished book and a new dream: that it would be published and I could quit my day job. Instead, I got a ton of rejection letters from agents.

In 1992, I started writing a new book. And sending it to agents.

In 1993, I got an agent. She thought my book was perfect. She was also easily the 50th agent who had seen it.

By 1995, it was clear my second book would never sell, despite complimentary rejection letters from editors. So I wrote a third book.

By 1996, my third book had nothing but ho-hum rejections. So I wrote a fourth book. And dreamed that it would sell.

In 1997, my fourth book, Circles of Confusion, sold to the first editor who saw it. The advance was certainly not quitting money. We bought some new furniture.

In 1999, Circles of Confusion was published. So my fourth book became my first published book. I started dreaming about the bestseller list. It got nominated for several awards and got good reviews. And it came nowhere near the bestseller list, except at independent mystery bookstores.

In 2000-2001, I published two more books. My first publisher dropped me because the sales of my second book hadn’t been double that of my first.

In 2004, not only did I not seem anywhere close to quitting my day job, but I was at a bad spot in my career. Would I ever be published again?

In 2006, my first YA, Shock Point, came out. It did better than any one expected. (But expectations, I think, were low.)

In late 2006 I hit another hard patch. I had written another YA, but the release date kept getting pushed back. Not only had my dream of quitting my day job faded, but my job had actually gotten worse. There were frequent “emergency” meetings, where I would realize one or two co-workers were missing, and then the meeting would turn out to be about how they had just been let go.

But in 2007, I got approached about working with Lis Wiehl on an adult mystery series. And I finished writing a YA book I really liked, about a blind girl who is kidnapped.

In 2008, Lis and I made a four-book deal. I knew I would never again have such a biggish chunk of money at one time. So I quit my day job. It was the scariest thing I have ever done. A few months later, I sold the book about the blind girl to Henry Holt.

In 2009, our first book, Face of Betrayal, hit the New York Times Bestseller list. And I learned that Girl, Stolen, would be a lead title for Holt in 2010.

I never gave up on my dreams. Never. And now they have come true.
~*~
April Henry knows how to kill you in a two-dozen different ways. She makes up for a peaceful childhood in an intact home by killing off fictional characters. April had one detour on her path to destruction: when she was 12 she sent a short story about a six-foot tall frog who loved peanut butter to noted children's author Roald Dahl. He liked it so much he arranged to have it published in an international children's magazine. By the time she was in her 30s, April had come to terms with her childhood and started writing about hit men, drug dealers, and serial killers. You can find April on the web at http://aprilhenry.livejournal.com and http://aprilhenrymysteries.com.
Posted by Lisa Schroeder at 6:00 AM