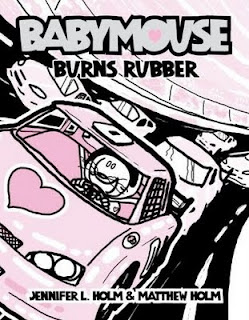 Dream big. Dream often. Why? Because most dreams are just practice. You won't know which ones will come true until later. And even the ones that do come true may not be what you expect.

Still waiting for them to build that.

In high school, I dreamed of being a political cartoonist, and tried it out for three years in college. I learned a lot. Like how to produce art on deadline, and how to put ideas across at very low bandwidth-black and white, on grainy newsprint, with not much space. These are skills that have proved invaluable ever since. I also learned other things. Like maybe being a political cartoonist wasn't everything I had dreamed. And that, while I'm interested in politics, I'm not interested enough to immerse myself in it day after day. And that I don't have the personality to be an opinion maven. You know those people: even if they've never heard of an issue before, they can get worked up into an indignant rage over it within 30 seconds. I found it a bit exhausting, so I moved on.

Ever since childhood, I had dreamed about drawing a daily comic strip like Bloom County or Calvin and Hobbes or Peanuts. After college, I tried that dream on for size, too. It was hard, mostly from a homework standpoint. The pressure of having to create a new blog entry each day pales in comparison to having to create a new comic strip every day. One that was funny. (That was the harder part.) It's a rare breed that can come up with gag after gag that is completely funny to someone picking up that paper for the first time-and have the gag pay off in just four postage-stamp-sized panels. I learned I probably didn't have the right makeup to live in that sort of dream full-time, either.

Then, one day, I found myself creating children's books. I tried that dream on, and it fit pretty well. So I'll be staying for a while. But that doesn't mean I've stopped dreaming. Now, I dream of creating other books, other characters, other stories. I realize that those dreams of mine that seemed hopelessly out of reach may not be so pie-in-the-sky after all. After all, this one was pretty much impossible, right?

Best of all, the dreams that haven't yet come true keep you dreaming.

Speaking of which, when will that stupid space colony be finished?
~*~
Matthew Holm is the co-creator of the award-winning Babymouse series of graphic novels from Random House Children's Books. His latest book is Babymouse Burns Rubber. He never dreamed that one day his job would involve drawing cartoon animals driving race cars. (He assumed it would be spaceships.) He currently lives in Portland, Ore., with his wife and dog. You can visit him on the web at http://www.matthewholm.net.
Posted by Lisa Schroeder at 6:00 AM