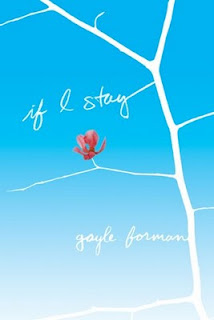 I got my first tattoo—a pair of tragedy-comedy masks on my right ankle—when I was 19. The tattoo was a lot of things. A piece of body art. An entry into a community. But mostly it was an insurance policy.

I’d grown up in the mind-numbingly dull suburbs of Los Angeles always feeling low-level depressed. The life I saw around me wasn’t what I wanted. I dreamed of something bigger out there (and I didn’t mean bigger houses or bigger cars). I didn’t know what bigger was. I just knew how it felt: expansive.

I got my first taste of bigger, strangely enough, when at 16, I was an exchange student in England, living in this tiny village and going to this crazy school where you called your teachers by their first names and went to classes only if you felt like it. My teachers were all anarchists or socialists and Chumbawamba played at a school conference.

That was the year the world opened up to me, the year I became the person I am as opposed to the person I might’ve became. It was also the year I started writing a novel though I didn’t think of it as that at the time. We had a lot of free time at that school so when I wasn’t in the music wing dickering around on the guitar, I started writing this meandering story that grew and grew and grew. I don’t remember much of it. It was about a guy named Seymour and it was in the Douglas Adams vein.

I came back from that year, finished high school and a week after graduation, returned to Europe on a one-way ticket. I planned to travel around and live somewhere. Screw college. I was going to the University of Life. I was going to live my dream at last.

I wound up living in Amsterdam for what turned out to be an adventurous, heartbreaking, terrifying, amazing, life-changing year. A year of bigness. A year of my dreams (and of my nightmares; it was pretty lonely). But then I had to go home. My mom needed surgery and I had to go help take care of her for a few months. Coming home to my suburban house, it felt as though none of it—my year in England, my travels in Amsterdam—had happened. I was the same bored girl, dreaming of getting out.

But that summer, I met some amazingly interesting people, and my world felt bigger, even in my claustrophobic childhood home. At the end of the summer, right before I flew back to Amsterdam, I stamped a tattoo on my ankle as some kind of proof that I’d never get stuck, that I’d always seek out the bigger world I dreamed about.

I still have that tattoo. It’s pretty faded. And it turned out to be unnecessary. I didn’t realize it at the time, but the bigness I’d dreamed about, it had nothing to do with geography. It had to do with me. Life is as big as you decide to make it.

~*~
You can read all about Gayle Forman and her books—she’s the author of the YA novel If I Stay, and also the travel memoir You Can’t Get There From Here—at her web site, www.gayleforman.com.
Posted by Lisa Schroeder at 6:00 AM