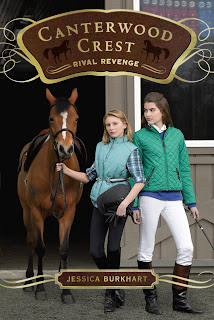 What a difference a year can make dream-wise! Three-hundred sixty five days can change so much—it’s almost unbelievable.
This time last year, I was living in Florida awaiting the publication of my first book. Would it tank? Would the dream of being a full-time author/freelancer be over if my books were cancelled and I couldn’t sell another? Those thoughts were paralyzing at times. Instead of sitting still, I did the only thing I could do—I threw myself into book promotion. Charts, graphs, calendars, TV, radio, blogging. Anything I could do to give myself the best possible shot at the professional life I wanted.

A personal life. And my eyes were opened to the possibilities of all I could have when I visited New York City in January 2009. I sobbed on the plane ride home, thinking that’s what I want, but how do I make it happen? I was frozen for months, unable to make that move toward what I wanted desperately. So, I threw myself into work and ignored my dreams because I thought they’d never happen. I was too scared to admit to myself that I’d regret every day I spent away from the city and not making a go at the life I wanted for myself.

But, in April 2009, the opportunity to move to NYC appeared and I did something terrifying and thrilling—I took it.
I’m living in NYC now and the dreams I had in January 2009 are so different from the dreams I have now. Toward the end of the year, as I thought about what I wanted to accomplish, I realized my dreams and goals for 2010 are an uneven mix of personal and work related. Last year, I had goals. A long list of book/career related things I wanted to accomplish. I was Career Girl who didn’t look beyond her laptop and only focused on writing the next Canterwood book, brainstorming new ideas and doing as much PR as possible. This year, I still intend to do all of that, but I want to go after things I want personally. Things that have nothing to do with my job. Things that will move me away from workaholic territory and into a balanced place.

Last year was the most challenging year of my life—both personally and professionally—and I think that’s made me stronger to face whatever comes my way in 2010. I think it has also given me the courage not to wait for things to change, but to go after them and make things happen.

Dreams, whether big or small, are important to have and to chase. I hope 2010 is a year of Dreaming Big for all! I keep thinking of the saying that you only live once and this is your only shot at life. I intend to dream big and go after what I want all year. I hope you’ll join me.

~*~
Twenty-two year old Jessica Burkhart is a writer from New York City. She’s crazy about horses, lip gloss and all things pink and sparkly. Jess was an equestrian before she started writing. Now, she writes the bi-monthly Canterwood Crest series for Aladdin MIX. Visit the all new Canterwood Crest series Website or Jess’s site.
Posted by Lisa Schroeder at 6:00 AM