Getting past the fear to begin

In April I went to a retreat outside of Austin, Texas, in the lush, rolling hills. I'd been toying with a book idea for a while, an idea that would be different from anything I'd ever written. I was so afraid to begin. I think it's one of the hardest things for a writer - going from idea to story and putting words on paper.

But as I sat in a quiet, sunny spot with my journal, the trees whispering encouragement, I realized I was in exactly the right place to start this story that scared me so much. I had time and space and room to breathe. I could immerse myself in those early chapters and see what might come of them. I could let the characters lead me where they wanted to go and wherever it was, it would be okay because that is what a writing retreat is for: to write and to explore.

And so I wrote. I wrote 25 pages or so, and then I came home and had to put it away for a while but over the summer, I kept working and working. I had hoped I'd have a draft by September, but that didn't happen. So I wrote in September. And I wrote in October. And finally, a couple of weeks ago, I finished the draft.

I'm revising now, reading over printed out pages, marking them up, trying to figure out what's missing, what doesn't ring quite true, and on and on. I don't know if or when it will sell, although I hope it does someday. What I do know is that after I read a scene today, it brought tears to my eyes. And then, I thought back to those magical trees, and I'm just so glad I took that first scary step and started writing.

We don't always get to write in such a gorgeous spot, I know. Although I think the universe is happy to give out words of encouragement wherever we are, if we just take a moment and listen for them. I wish they were as loud as the words of doubt always seem to be, but they're not. So get quiet and listen, and remember, there can be no ending unless there is a beginning. 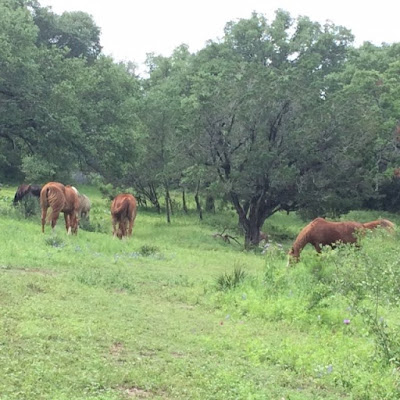 Posted by Lisa Schroeder at 1:51 PM