Why I love the ending of The Goodbye Girl

I caught the tail end of one of my favorite movies yesterday, when someone (@readjennymartin) tweeted that it was on TV. 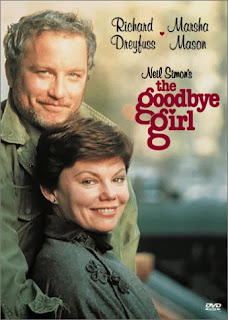 When I was younger, I just adored Lucy, the daughter of single mother, Paula. Actually, as I watched yesterday, the 10-year-old me, who struggled to understand divorce and accept new people coming in and out of her parents' lives, was still there, wishing again that she could be more like Lucy. 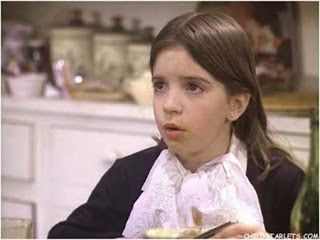 Anyway, I was a bit disappointed I didn't catch the whole thing, but that's okay, since I've seen it so many times. I caught the best part: the ending.

I think it can be hard to get endings right, in both books and movies. With my own books, I know I've rewritten endings fairly often, way more than I have to rewrite beginnings. As I was thinking about this particular ending, however, I wondered why I like it so much. And here are my thoughts:

It's a romantic comedy. They are supposed to end up together. And I believe Elliott when he says he's coming back. Yet I also understand Paula's insecurity. I want her to believe him too. And so, when Elliott calls her and invites him to come with him on his 4-week acting stint, wonderful. And she says she doesn't need to go, being invited is enough. But then. THEN, he asks her to get his guitar tuned while he's gone. It's in that surprising moment -- that realization along with Paula that he left his one and only prized possession in her care -- when our hearts go YES! He IS coming back and now Paula knows it too. It's just so, so perfect. Doing something surprising at the end is HARD. In future books, I've vowed to think about this more, because man, when you can find something that catches your readers a little off guard, in the best way possible, it's just the best.

2) It's true to character

I think sometimes it's easy to forget, when crafting story, that our characters must come first. That is -- what they do, how they act, what they say -- needs to be consistent and believable. The guitar IS Elliott, in many ways. It was the perfect thing to bring into the ending, and to cinch the scene, so to speak. I love, love, LOVE it when something that has played a part in the story throughout comes back to play some significance in the end.

I am not always good at knowing what's cheesy. It takes a lot to get me to roll my eyes. I've decided to watch more Hallmark movies this holiday season so I can get a better feel for cheesy. I mean, I really want to have a better cheese radar. It's important, as a writer! But could anyone view this ending as cheesy? I think not. It's just pure - awwwwww. He left his guitar. Of course! It means he IS coming back. And that's what we wanted as we watched, an assurance for Paula that he would be back and everything would be okay.

There's probably more, but it's way past time to get to work. I've decided I need to do more of this though - when I love a story or a part of a story, take some time to think about why that love came about. I think it can only help me in my own story writing.