A bit of a love letter to Taylor Swift

This morning Rolling Stone Magazine tweeted out their cover story on Taylor Swift, titled The Reinvention of Taylor Swift.

Sorry to those of you who don't like T Swizzle, but I do like her, and I'm going to talk about the reasons why today. 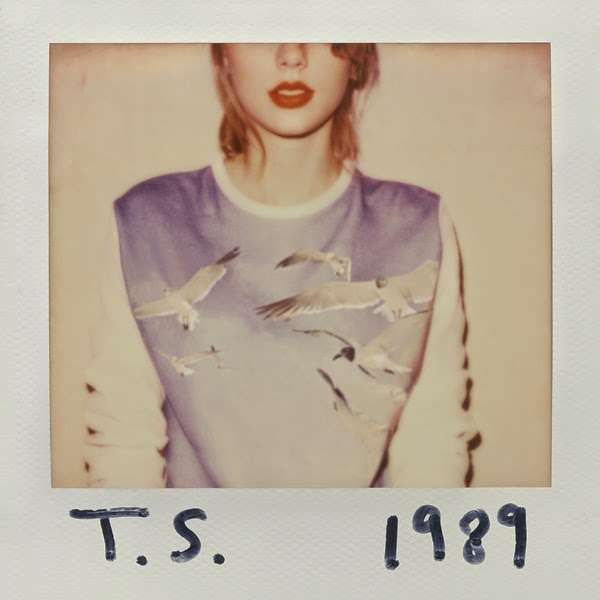 Now I'll admit, there's a part of me that is mourning country T Swizzle a little bit. But I'm also excited to hear her latest album and see what she does with the freedom to be who she wants to be instead of trying to be kind of country like her last album, "Red," so she can please the country radio stations a little bit or whatever. And I mean, come on, an album titled 1989 that was influenced by Phil Collins, Annie Lennox, and "Like a Prayer-era" Madonna? I am all over that (especially the Madonna part). The article says when she handed over the album to the head of her record label, he was like, it's your best album yet, but can you give us three country songs? She said I love you, but nope, this is how it's going to be.

The thing is - people change. Artists change. They grow. And in Taylor's case, that's literally growing, not just figuratively. She started out writing songs about teardrops on her guitar when she was a young teenager. Trust me, the stuff I wrote when I was fourteen and fifteen is a lot different than the stuff I write today. Time, experience, maturity - that all makes a difference.

Still, Taylor's music hits the spot for a lot of teens because her music is authentic. She writes about things that matter to her and she writes music that makes you go - yeah, I relate to that. Or even if you don't quite relate to it, it's often like listening to a short little story set to music, and I would argue she is a master at this. I mean, she does in three and a half minutes what lots of authors for teens are trying to do in 325 pages. It's really pretty remarkable when you think about it.

It's risky anytime an artist wants to change it up. I know. I was so afraid of what people would say when I went from writing verse to prose in YA. FALLING FOR YOU was a departure for me, not just because of how it was written, but the content also. It's a bit...darker than my other YA novels. But it was the book that wanted to be written at the time. I'm always curious about how the muse works for other authors, but for me, when my muse decides on an idea and can't let it go, there's kind of no stopping it. Unless I share too much too soon and get funny looks or comments from people and then the idea is basically dead in the water. Which is why I share very little, if anything, when I'm working on a project. I've learned over the years it's safest to treat it like a special secret between me, myself, and I.

But I also think changing it up and challenging yourself over time is important. It keeps the work exciting. Invigorating. I know when I was writing my most recent YA, ALL WE HAVE IS NOW (coming summer 2015), which does some interesting things as far as POVs and timeline, I felt invigorated the entire time. It made me stretch as a writer, and that's never a bad thing.

Taylor gets a ton of criticism. She's also swarmed by fans all the time, everywhere. The apartment across from hers is for her security team. The amount of people it takes to keep the girl safe is unreal. And yet, she keeps writing music that comes from her heart. That is true to who she is at that moment in time. And, that makes a lot of young females across the world really, really happy.

Artists really can learn a lot T Swizzle. I know I have. And I can't wait for that album to drop on October 27th. In the meantime, I'll be over here shaking it off. "'Cuz the haters gonna hate, hate, hate, hate, hate..."

Email ThisBlogThis!Share to TwitterShare to FacebookShare to Pinterest
Labels: All We Have is Now, Falling For You, making art, taylor swift